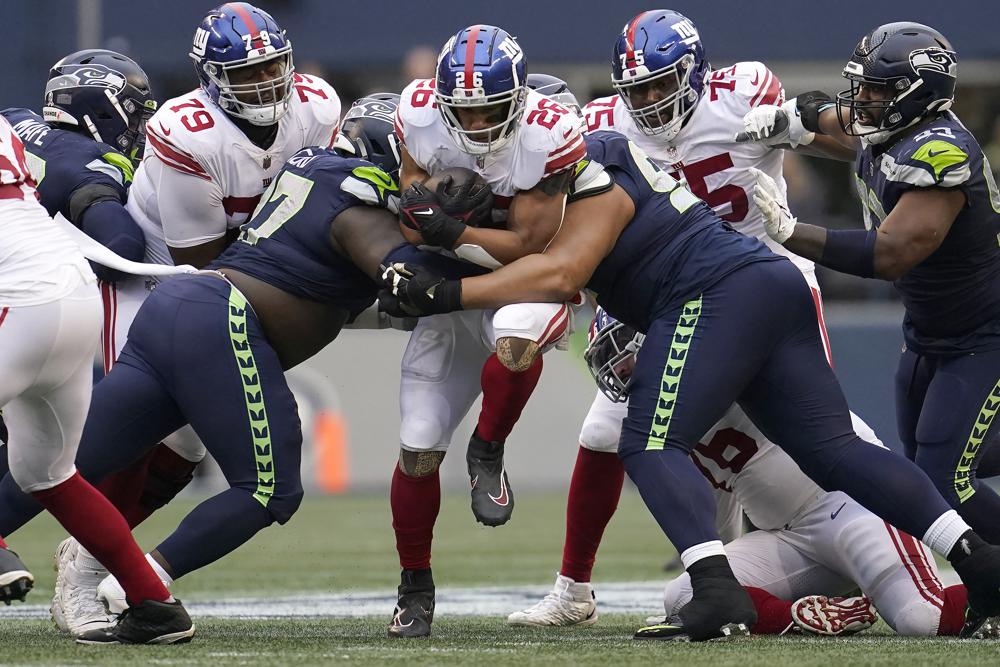 The New York Giants finally encountered a set of challenges they were unable to handle after riding the edge for weeks with one tight victory after another.

The Giants were defeated 27-13 by the Seattle Seahawks on Sunday, sending them into their bye week. This defeat was caused by injuries, crucial errors, and a team stacked up to stop Saquon Barkley.

The Giants are still 6-2 as they enter a necessary week off after facing a Seahawks squad that was integrating two new starters on the offensive line. And it was evident that injured left guard Ben Bredeson and right tackle Evan Neal were not present.

A Seattle defense that had allowed 235 rushing yards to New Orleans less than a month prior stymied Barkley, holding him to a season-low 59 yards on 20 carries. Daniel Jones, the Giants’ quarterback, was sacked hard, became disoriented, and was unable to incorporate his rushing into the system.

Coach Brian Daboll stated, “We just didn’t accomplish enough today overall. Give Seattle credit once more. The ball is crucial, and it’s difficult. Particularly early in the game, we need to improve on taking care of it, finishing drives, and converting on some third downs. a lot to improve.