Cowboys Crush Bucs, but Kicker Has a Rough Night 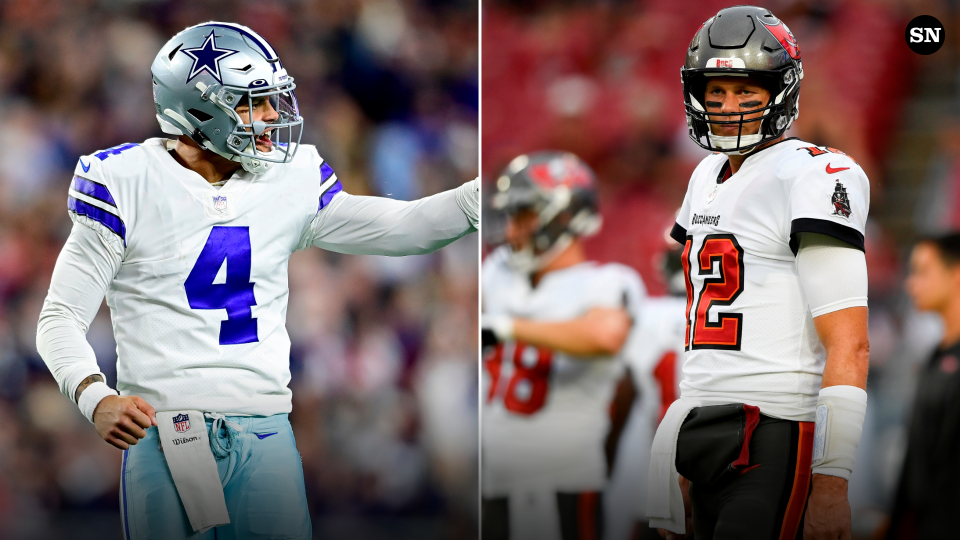 The Dallas Cowboys scored a decisive 31-14 win Monday night against the Tampa Bay Buccaneers, securing a Wild Card playoffs spot and beating the Bucs in Tampa–a win that marks the Cowboys’ first playoff win on the road in 30 years. But Cowboys placekicker Brett Maher struggled, missing four out of five attempted extra points and prompting a visibly angry outburst from quarterback Dak Prescott just before halftime.

The Cowboys built up a commanding 18-0 lead by halftime with three touchdowns. The first was a 28-yard pass in the first quarter to tight end Dalton Schultz. Prescott followed in the second with a one-yard end zone rush and an 11-yard pass to Schultz again for touchdowns two and three.

Maher missed the goal on all three. After the third miss, Prescott was seen throwing his own helmet to the ground in frustration. The kicker’s one and only successful extra-point kick came in the fourth quarter, following wide receiver Ceedee Evans’ successful 18-yard touchdown pass.

Maher’s poor performance was a first, not just for the Cowboys but for any NFL team: No kicker in league history has ever missed three or more extra-point attempts in one game.

Bucs wide receiver scored Tampa’s first touchdown of the game with a 30-yard run in the third quarter. But the touchdown only netted the Bucs six points, due to quarterback Tom Brady’s attempt for a two-point conversion with a pass to wide receiver Chris Godwin being incomplete.

Tampa Bay put eight more points on the board in the fourth quarter, when Brady threw an eight-yard touchdown pass to tight end Cameron Brate. Brady went for a two-point conversion again, and this time succeeded, picking up two points with a pass to wide receiver Mike Evans.

Dallas’ win marks another first: It’s the first time Brady has ever lost to the Cowboys.