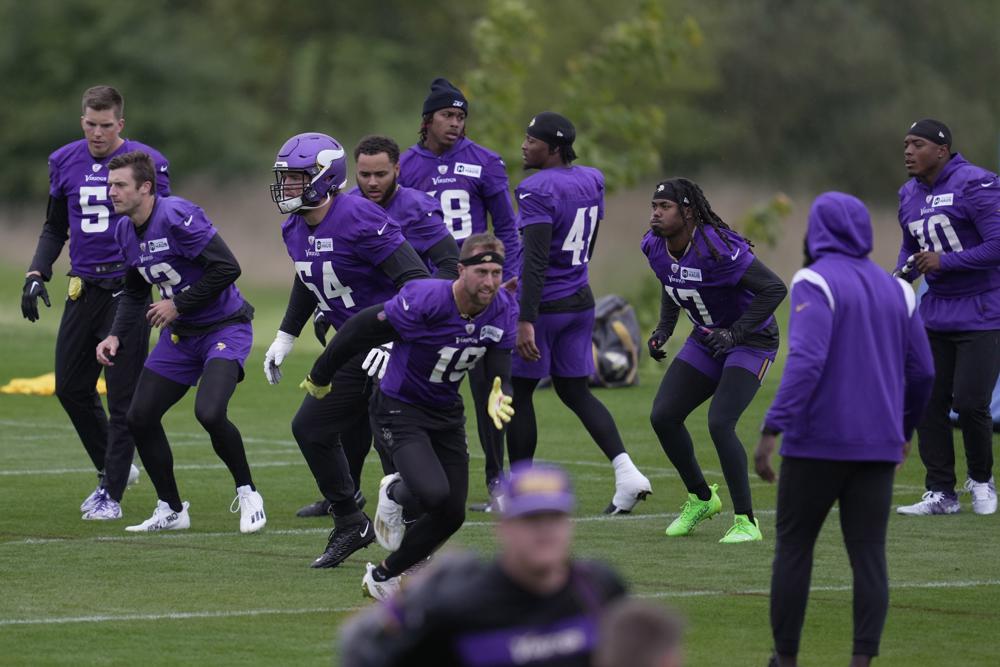 Vikings outside linebacker Za’Darius Smith was listed Friday as questionable for Minnesota’s game against the New Orleans Saints at Tottenham Hotspur Stadium because of a knee injury.

“He’s one of our most important players, obviously, but I want him to feel good about playing and feel like he can be his normal self,” O’Connell said Friday. “I think he’s trending that way, but it will be a game-time decision.”

Smith was limited in practice at the team’s temporary training facility next to its hotel 23 miles north of central London. He had missed the prior two practices before the Vikings left Minnesota.

Cornerback Andrew Booth Jr. (quadriceps) was listed as doubtful for the NFL’s first international game of the season.

Running back Dalvin Cook (shoulder) was a full participant for the second consecutive day. Cook leads the Vikings with 203 yards rushing. The Saints have allowed 145 yards or more on the ground in two of their first three games.

“He had a good day yesterday, full practice, and then obviously got on the plane, was ready to go today, had a good practice today,” O’Connell said. “Dalvin is excited about the opportunity this weekend.”

The 30-year-old Smith, who signed a three-year deal with the Vikings in the offseason, is tied atop the NFL with five tackles for loss.

Smith was a Pro Bowl pick in 2019 and 2020 for Green Bay, but he suffered a major back injury last season and appeared in only one game.

The Saints arrived Monday but the Vikings landed in the British capital on Friday morning, choosing to stick to their regular schedule and time zone as much as possible.

“Once we got here, it felt like a pretty normal Friday for us,” O’Connell said. “We’re trying to make this as normal as possible.”

The Vikings said their plan for the flight was to offer melatonin and eye masks and to dim the lights right after takeoff.

“As soon as I had my little medicine, I was out,” wide receiver Justin Jefferson said. “I was trying to get the most rest I could. But I mean, it’s definitely difficult being on the plane for that long, trying to get the proper rest that you need.”