Eagles Gear Up for 49ers After Routing Giants 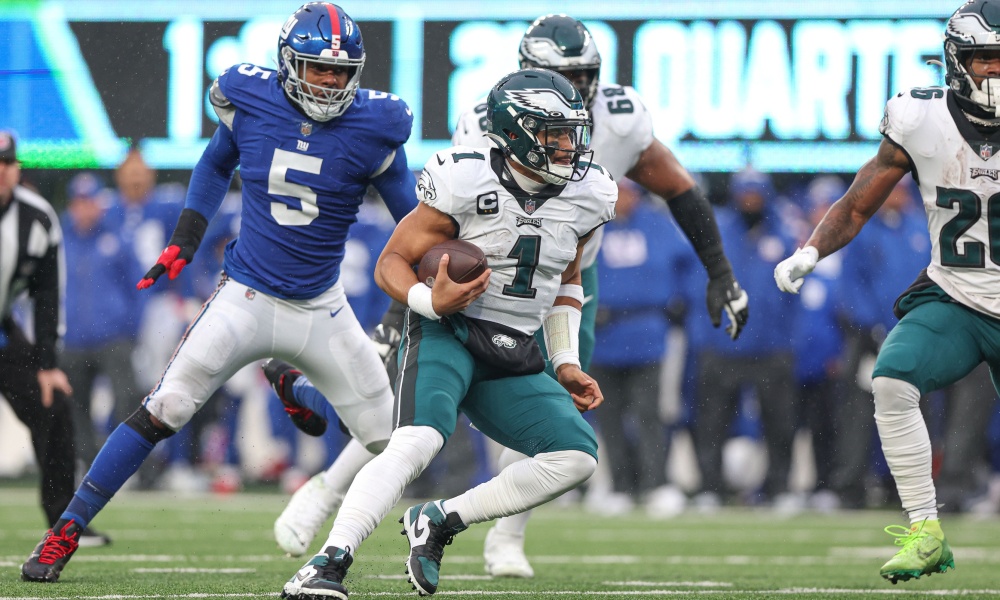 The Philadelphia Eagles moved to the next round of the NFC championship last Sunday with an overwhelming 38-7 win over the New York Giants. Eagles quarterback Jalen Hurts showed no sign of the shoulder sprain that had forced him to sit out two regular-season games, finishing 16 of 24 passes for 154 yards by the game’s end.

“Seemed like the old Jalen to me,” said Eagles running back Miles Sanders.

Hurts led his team to a 14-0 lead over New York by the end of the first quarter, going 7 for 7 for 89 yards with a 40-yard pass to wide receiver DeVonta Smith in the second play of the game.

New York stumbled early and often, turning the ball over on its first possession and being intercepted by Eagles cornerback James Bradberry on the second.

The Eagles return to Philly to face the San Francisco 49ers this coming Sunday, following the 49ers’ 19-12 win against Dallas last weekend. The Eagles’ and 49ers’ upcoming game decide the NFC championship.

Betting league DraftKings favors Philadelphia to win. Betters cite not only the Eagles’ home field advantage, but also their win record to date: They finished the regular season 14-3, and they are 15-1 for games with Hurts as quarterback.

At the same time, the 49ers’ rookie quarterback Brock Purdy has won his last seven games back-to-back as a starter. And the 49ers’ defense was the best in the NFL this season, allowing fewer points and yards per game than anyone else in the league.

This will be the 49ers and Eagles’ first playoffs matchup in nearly 30 years. The last was in 1996, when San Francisco beat Philly 14-0 to win a wild-card spot.